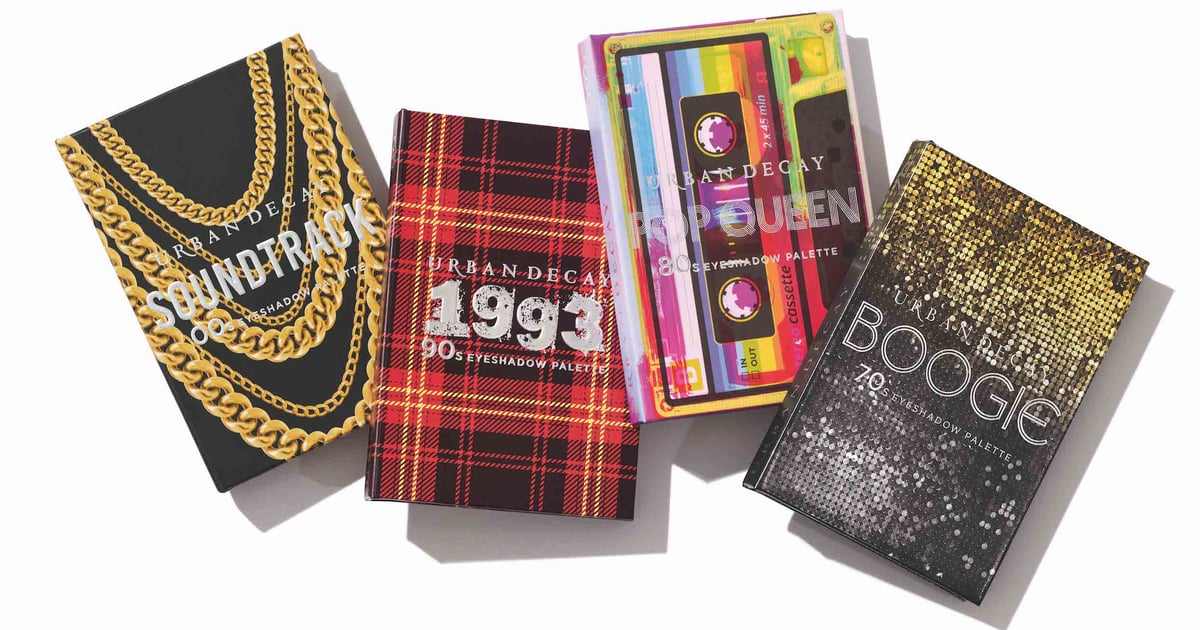 In a battle of the decades between the 1970s, ’80s, ’90s, and ’00s we’re not exactly sure who would win (although I’m partial to the ’90s, here). What we do know is that each decade was iconic in its own way and makes us nostalgic for “the old days.” Now, whether you’re a disco-dancer of the ’70s, a mixtape-maker of the ’80s, a grunge-lover of the ’90s, or a hip-hop fanatic of the ’00s, there’s an Urban Decay Decades Mini Eyeshadow Palette for you in this new collection.

Inspired by pop culture from the last four decades, the new line features eyeshadow shades and packaging that match the point in time that they speak to. Each palette contains six colors of ultra-pigmented, buttery-smooth eyeshadow pigments, ranging from mattes to metallics, aptly named things like “Scrunchie,” “Disco Diva,” and “Throwback.”

The Urban Decay Decades Mini Eyeshadow Palettes cost $25 each and will be available in December at UrbanDecay.com and Ulta.com, giving you plenty of time to narrow down which decade you’ll choose (if not all four, because why not?).

In the meantime, we got an exclusive first look at the four palettes and the eyeshadow pigments inside each. Check them out below.