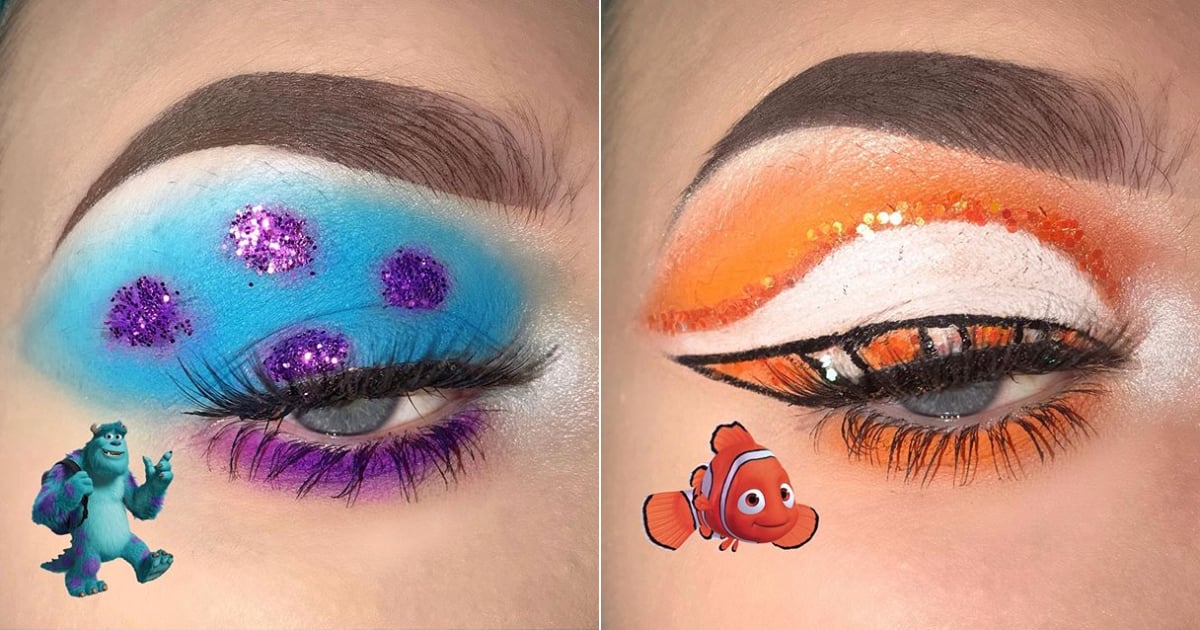 On a scale from one to re-creating different eye-shadow looks based on the characters, how much do you love Disney Pixar movies? Beauty By Bee, a Tasmania-based makeup artist on Instagram, loves the animated films so much, she decided to use her makeup skills to create a series of Pixar-inspired eyeshadow looks that are so good, it earned a regram from an official Disney Instagram page.

Beauty By Bee created five different eye makeup looks based on Woody and Buzz Lightning from Toy Story, Sully from Monsters Inc., Lightning McQueen from Cars, and Nemo from Finding Nemo, using various shades of bold eye shadow and touches of glitter. The mini makeup masterpieces make us equally nostalgic for the iconic kids’ films and inspired to try the look for ourselves this Halloween.

Clearly also impressed by Beauty By Bee’s creations, the official Disney Style Instagram shared the pictures with a caption that read, “We can’t get enough of these makeup looks!” But judging by Beauty By Bee’s captions that lists the series of photos as five out of 10, she’s only halfway through her Pixar makeup series, and we can’t wait to see what she comes up with next. (Maybe someone from The Incredibles?)

Check out all of the looks so far in Beauty By Bee’s Pixar-inspired makeup series, ahead.

Ooh, this is very lovely! I had low hopes for …