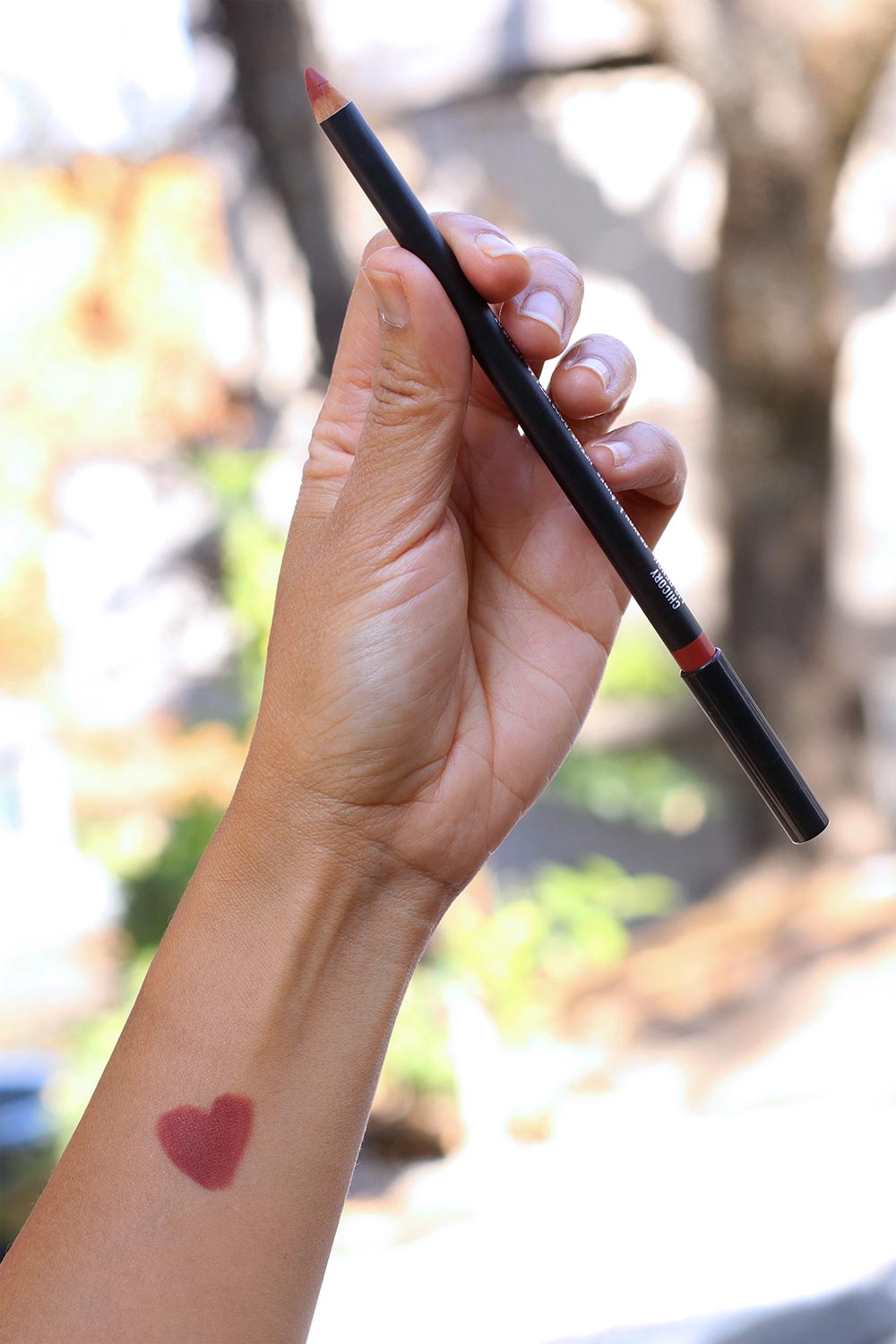 What’s an unsung makeup hero? For me, it’s an oftentimes underrated makeup morsel, a permanent collection product that scoots under the radar screen of many makeup lovers but regularly rocks my world. The long-running Unsung Heroes series features some of my favorites.

I know, I know — we’re all wearing masks. So, what’s the point of wearing lipstick or lip liner, or any other lip products at all?

Listen, just because my face is covered doesn’t mean I don’t get the urge to wear something on my lips. I still LOVE wearing lip color, and I’ll wear it around the house, just because. I don’t need a logical reason.

A few days ago I just happened to come across a lip pencil from MAC that made my heart flutter like a hummingbird, and I thought you might like it as well. It’s a warm matte peachy brown called MAC Chicory, and I think it’s lurvely.

It’s a little reminiscent of ’90s-style brown lipsticks like MAC Paramount, which is totally bad-@ss — but Chicory is a little less aggressive due to the presence of the peach, so it’s more wearable and down to earth. It’s a kinder, gentler version of the girl who loves wearing combat boots, Levis and button-down flannel.

I’m wearing MAC Costa Riche liner as a base on my lids with MAC Give Me Sun MSF Powder on top.

The shade lives in MAC’s permanent line, and it’s $18. It should last a while, too. Some people aren’t fans of MAC’s pencil liners because of their harder texture, but I don’t mind it at all. I like the stiffer consistency. It helps with longevity, especially if you’re using them as a lipstick, which in this case just entails lining and filling in your lips with Chicory and layering your favorite lip balm on top. (Lately, that’s been CeraVe Hydrating Balm for me.)

If you’re a fan of warm brown eyeshadows, and you lean heavily on Soft Brown, Saddle, Sable or, if you love and wear Costa Riche or Teddy liner often (which I do!), Chicory is a fantastic complement to any of those colors.

Give it a try. I think you’ll love it!