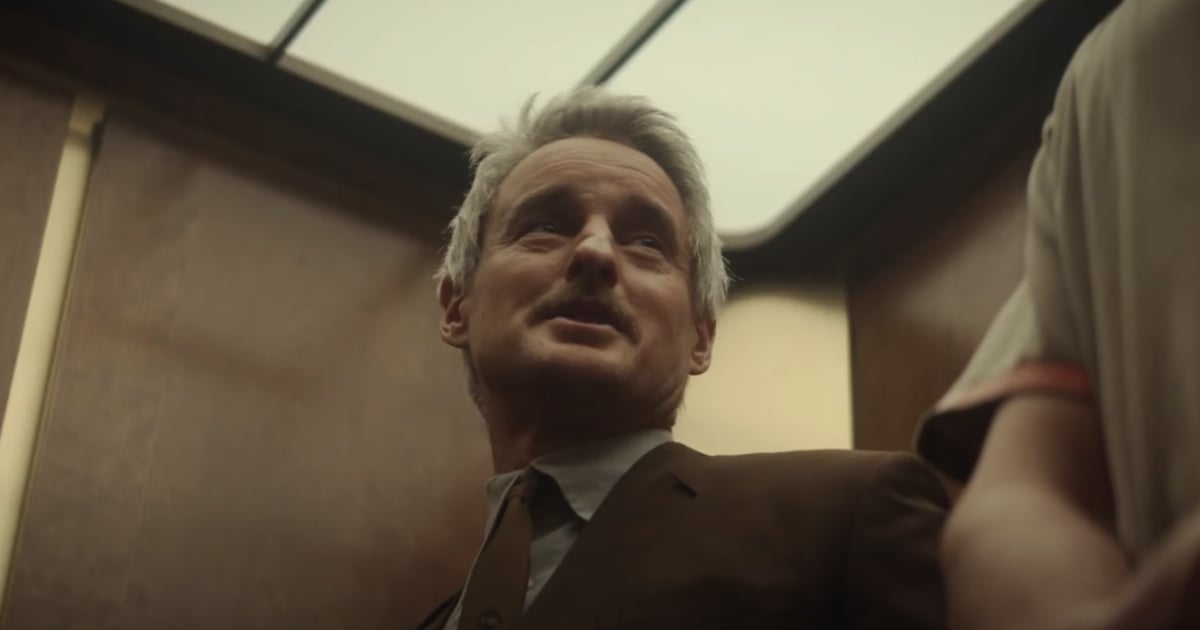 Among a wave of other exciting TV and film announcements made via Twitter on Dec. 10, Disney+ released the trailer for its new Marvel series, Loki, this week. In the three-minute video, fans were given a sneak peek at Tom Hiddleston playing the title character alongside Owen Wilson, whose head full of gray hair sent a few of my peers into a tailspin this morning.

Wilson’s character pops up about one minute into the trailer during a mysterious elevator ride with Loki. The details of his role in the new show aren’t made super clear in the trailer — all we really know for sure is that his once-blond, once-shoulder-length hair is now shorter and gray, and he looks almost unrecognizable. “I just want to say that I (and probably others) care about Owen Wilson’s gray hair in the Loki show,” said one person in the POPSUGAR Slack chat. “My own personal dialogue during that trailer was, is that Owen Wilson? Did he actually get a haircut after 40 years?? Oh it sounds like Owen Wilson,” wrote another.

My coworkers, of course, aren’t the only ones that were a little taken aback by the change in Wilson’s appearance, as there were a few people on Twitter who had some questions as well. One user compared him to John Slattery while another person implied that he looked like a 1992 Michael Douglas. Watch the official Loki trailer ahead, and keep reading to check out peoples’ reactions.

Jamie Greenberg has been a celebrity makeup artist for the …