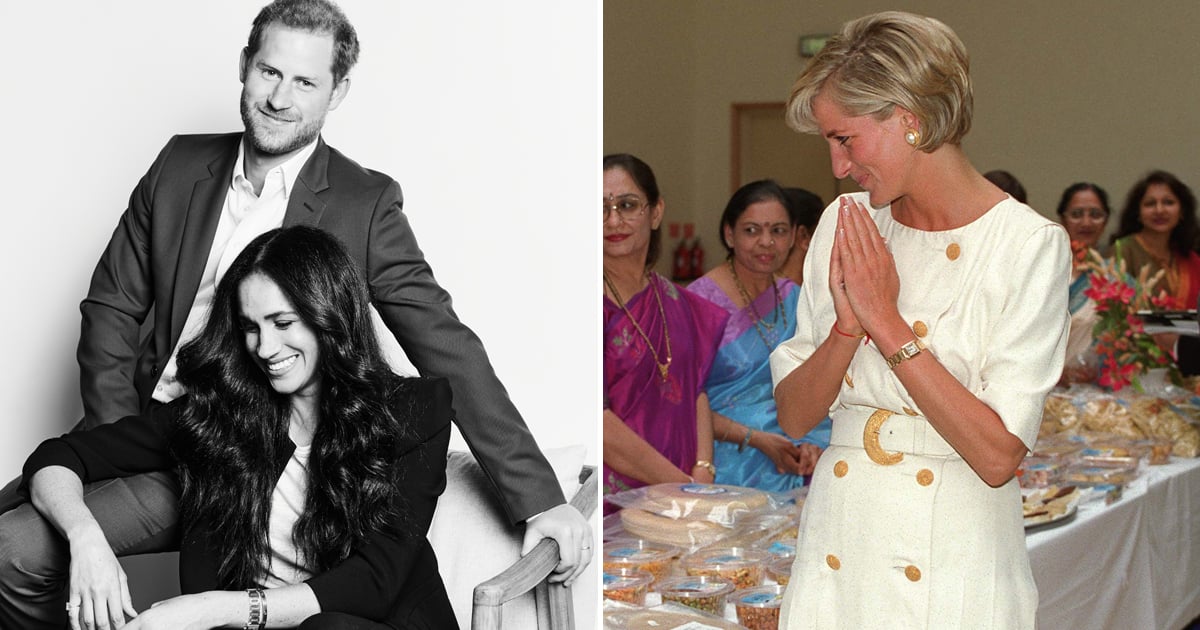 Meghan Markle and Prince Harry are all smiles in the first official portrait since stepping back from their royal duties earlier this year. The Duke and Duchess of Sussex appear as the perfect balance of relaxed and professional in their newly-released snapshot, and fans quickly started speculating that the photo included special nod to Princess Diana. Look closely, and you’ll see Meghan wearing a Cartier Tank Française watch and Love bracelet. Could that be Princess Diana’s watch? People sure seem to think so.

It turns out, Meghan and the late royal actually shared a love of this timepiece. Long before Meghan and Harry tied the knot, she talked about purchasing a two-tone Cartier Tank Française watch style for herself as a splurge when Suits was picked up for a third season. “I had it engraved on the back, ‘To M.M. From M.M.’ and I plan to give it to my daughter one day,” she told Hello! Magazine in 2015. “That’s what makes pieces special, the connection you have to them.”

Meghan might be wearing her own watch in the portrait, or she could have been gifted Diana’s. Her recent virtual appearances suggest she does own the exact piece, as the yellow-gold watch is in full view. It wouldn’t be too surprising if Meghan received the accessory after marrying Harry, since she owns other jewelry from his mother’s collection. The black-and-white portrait will leave you guessing, but we like to think it’s a tribute to Diana, regardless.

Check out more images of Diana wearing her Cartier Tank Française watch, below.

We can't deny that our shopping editors check Zara for …