[unpaid/sample] I’ve used one or two fine pencil liners before and while they’re absolutely great for precision work and tight-lining (more on that to come) but this is easily the softest and I think, deepest. 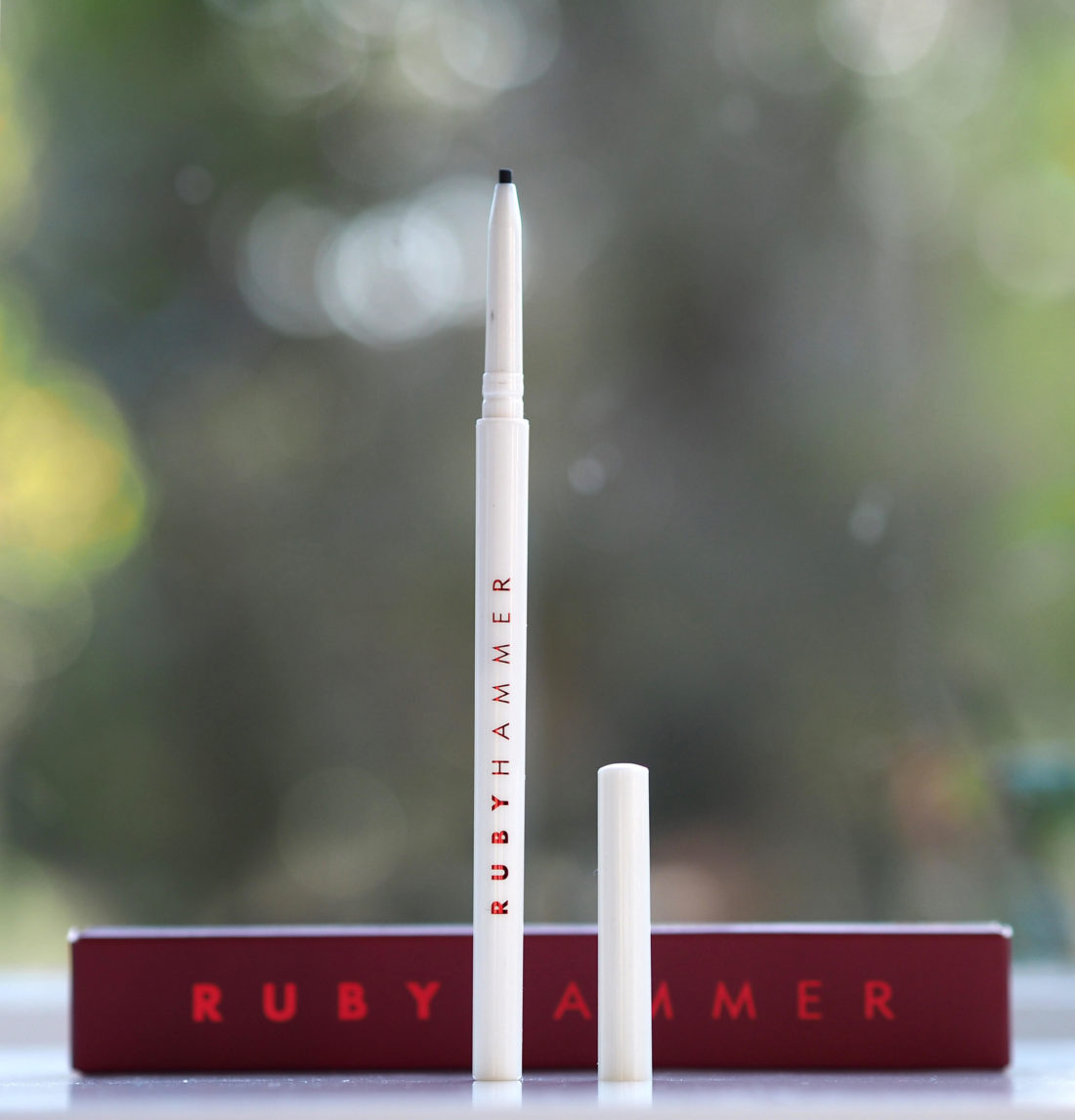 It’s versatile but to be honest, I’d use this for tight-lining first and foremost, and if you’re not familiar with the term, it’s a method of putting colour at the base of the lashes so your eyes have instant definition. You can do it by gently pulling up the lid and colouring the top inner rim with the liner getting as close to the lash base as you can. It’s often called ‘invisible liner’.  The slenderness of this pen means you easily get close into the lash base although if you’ve never done it before you can see Wayne Goss’s 2 minute video HERE that’s simple to follow and then give it a few practise goes. I’d strongly recommend not doing it in the warmth – it makes the pen more soft and giving and I find the colder it is, the more likely my eyes are to start watering. 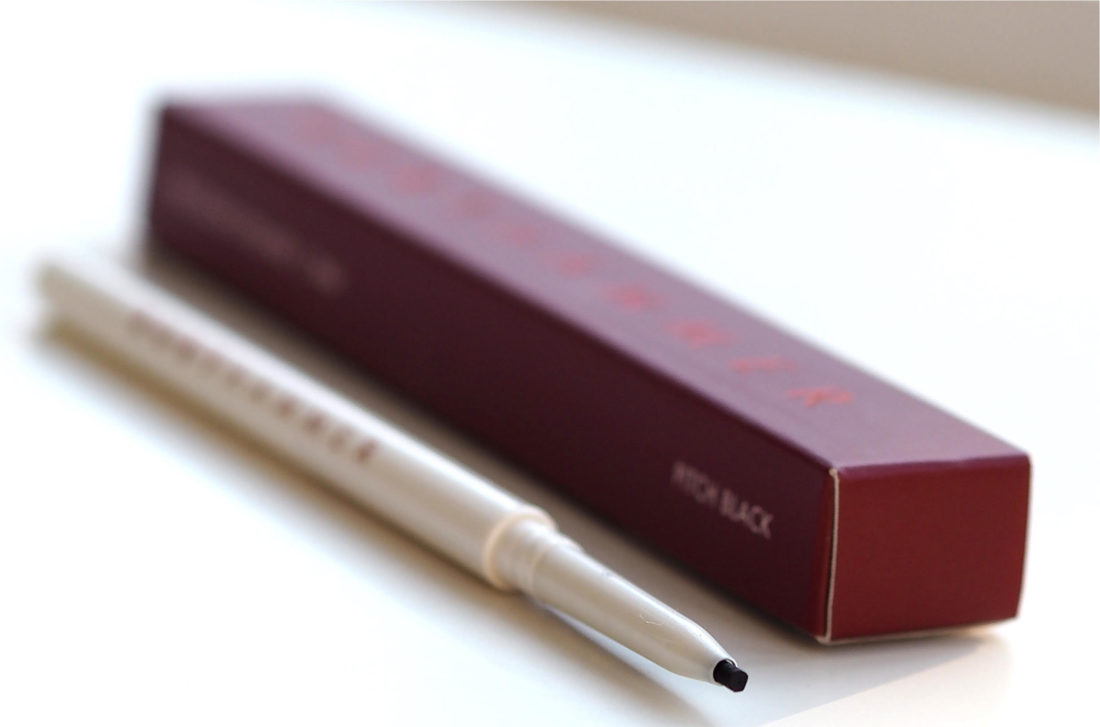 This style of pencil isn’t my natural favourite because they have a tendency to snap really easily (never wind them up too far – not even as far as I have in the picture) but this one didn’t even though my kitchen is freezing! It’s just a great, soft gel formula that holds together well. I like the tight-line look particularly on older women – it just gives a bit of je ne sais quoi without going the full Carine Roitfeld – I’m a huge smoky eye, kohl fan but not feeling it at the moment so Ruby’s liner is filling a gap that I didn’t know needed filling. 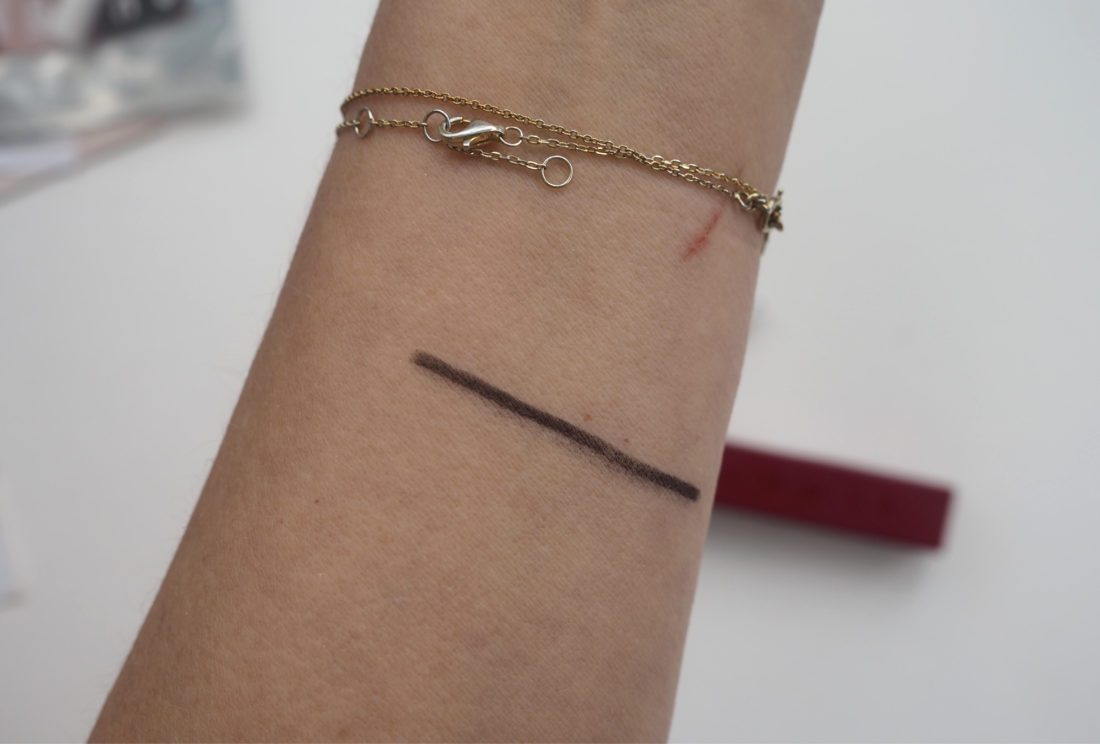 I’m putting my head-desk face on here – I’ve photographed this about 20 times but my kitchen (where I take most pictures) is really chilly and goosebumps kept appearing when I put my sleeve up… so I lined quickly, pulled my jumper sleeve back down and grabbed the camera. Now I see I smudged it a bit. But, you get the idea – it’s a bold line that put in the right place is exactly perfect for now. It’s £18 HERE and will probably become one of those items you don’t know how you did without.

For any last minuters, Escentual has lots of little Benefit …