Home
BEAUTY
Tiffany Haddish Gushes Over Her Buzz Cut at the PCAs, and We Can Hardly Blame Her 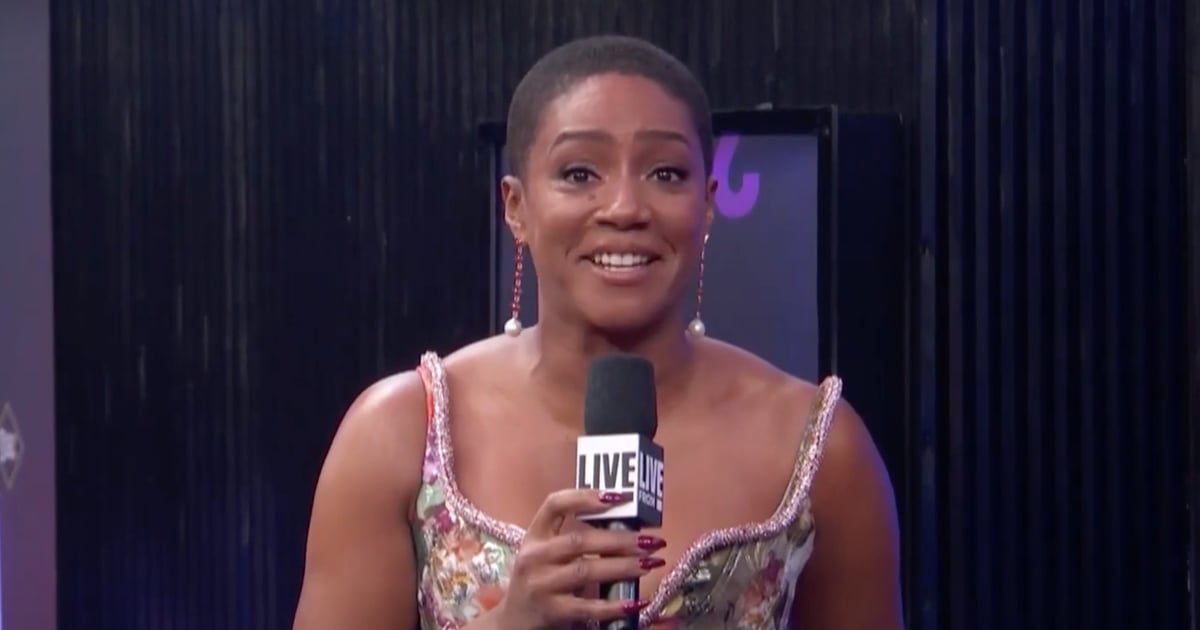 Tiffany Haddish can’t get enough of her buzz cut, and neither can we. Four months after shaving her head, the actress showed off her closely cropped hairstyle at the People’s Choice Awards on Sunday, and whew, did she look good. Rocking a fresh cut by LA-based celebrity hairstylist Ray Christopher, she looked like spring personified in a gorgeous floral Prabal Gurung dress. While chatting with Giuliana Rancic for a red carpet interview, Haddish fielded a fan’s question about her favorite and least favorite part of having a buzz cut, and her answers were both sweet and entertaining.

“I really fell in love with what God made.”

“The first two weeks, I was falling in love with myself because I could see my whole face,” Haddish said. “There was nothing hiding or covering it up, and I really fell in love with what God made . . . Once you took away all that hair, you can really see everything and it’s like, well, God did a pretty damn good job.” As for the downside of having such a short hairstyle, it has to do with the changing seasons. “The thing that I dislike most about it is that it’s getting cold and my scalp gets goosebumps. I freeze faster,” she joked. “I’m learning to adapt. I think it’s making my skin tighter. I feel beautiful.”

Ahead, see more photos of Haddish owning the People’s Choice Awards in style, then be sure to watch the heartfelt speech she delivered on stage after nabbing the female movie star of 2020 award during the show.

Oh my gosh – I can hardly believe that finally …