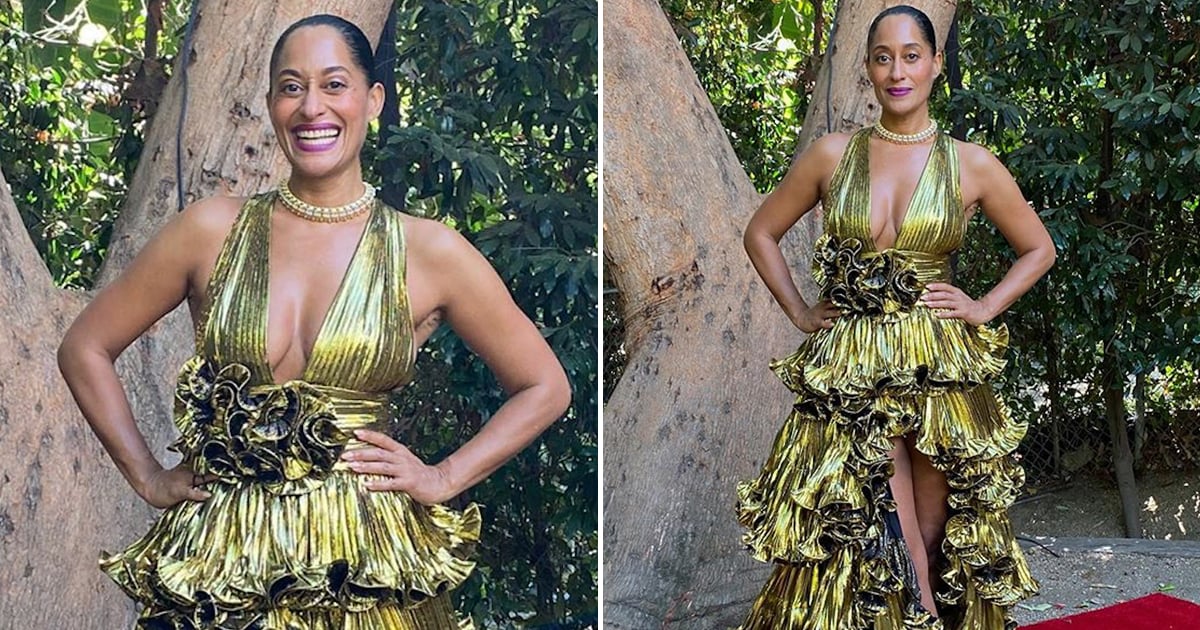 If there’s anyone who can turn the virtual Emmy Awards into an outstandingly glamorous event, it is, without a doubt, Tracee Ellis Ross. The Black-ish actress brought the red carpet to her home, and she looked fabulous as ever during Sunday night’s show. Tracee wore an Alexandre Vauthier gold tiered halter gown from the designer’s fall/winter 2020 collection and paired it with Tiffany & Co. jewels and Jimmy Choo shoes. She’s nominated for outstanding lead actress in a comedy series for her always-hilarious role on Black-ish, but she’s also snagged a nomination on our personal best dressed list.

Tracee is one of many actors whose Emmys outfit will be auctioned as part of a campaign to fund promotion for voting in the upcoming election. RAD (Red Carpet Advocacy) teamed up with Michelle Obama’s organization When We All Vote to give fans the opportunity to bid on their favorite outfits of the evening, and 100 percent of the proceeds from the outfits will go to When We All Vote. Check out Tracee’s gorgeous Emmys look ahead, and bid on her dress from Sept. 23 through Oct. 2 at Chic-Relief.com.

What do you wear when you're Taylor Swift and you're …