Home
FASHION
Trust Me — Tyler, the Creator’s Style Is Just as Captivating as His Performances on Stage 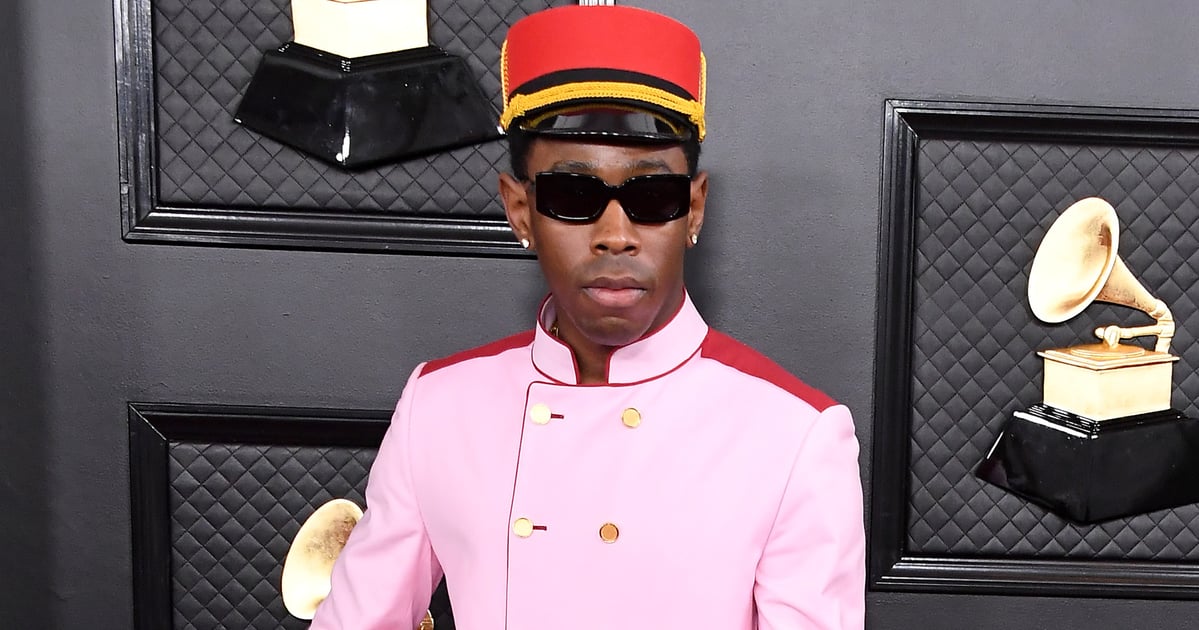 Tyler, the Creator’s style is very distinct, much like his music. It’s hard to forget his 2020 Grammys outfit that sparked a thousand memes. Tyler paid homage to Wes Anderson’s The Grand Budapest Hotel in a pink bellboy outfit from his brand Golf le Fleur. The alternative rapper completed his intriguing outfit with a matching hat, white oxfords, gloves, square sunglasses, and a suitcase filled with clothing. The “Earfquake” singer then went on to switch into a two-toned pink and red suit while putting on a mesmerizing performance on stage — that’s just the magic of Tyler.

Much like his performances, Tyler’s fashion sensibilities are also one of a kind. He has a way of owning a red carpet look consisting of a bucket hat, sweater vest, and a pair of shorts. Clearly, his amazing style hasn’t gone unnoticed, since he’s teamed up with both Lacoste and Converse for highly sought after collaborations. While the rapper is known for his streetwear looks, he also isn’t afraid to give high-fashion outfits a try. During the 2018 Grammys, Tyler wore an icy blue Louis Vuitton look that took everyone by surprise. Ahead, we’ve compiled a list of 20 of our favorite fashion moments from Tyler.

Are you looking for a classic jewelry piece to add …

Holi is a festival of colours and pranks, where children …