Home
FASHION
Von Dutch Is Staging a Comeback, and It Starts With These Revived Jeans From 2005 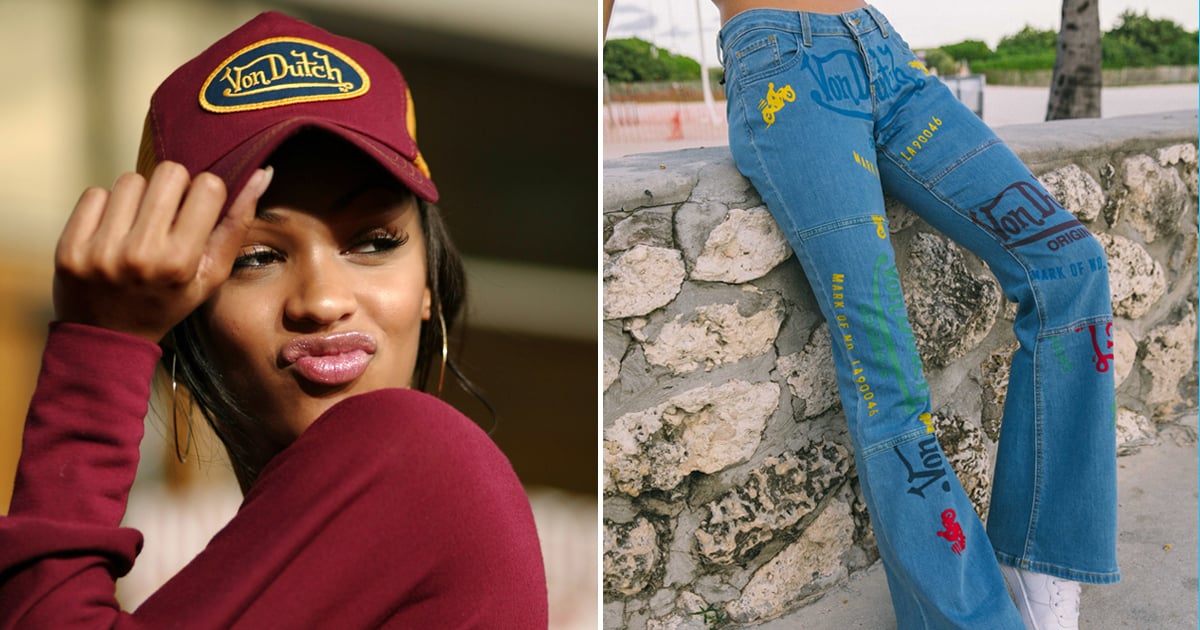 Everything old is new again — and we mean everything. Following the recent return of similarly flashy 2000s brands like Kangol and Juicy Couture (albeit via collaborations and capsule collections), Von Dutch is too making a comeback. Though the brand has quietly been stocking its site with nostalgic garb for some time, it’s now plotting a transition into the luxury market under the name Von Dutch Paris.

The plan begins with jeans: To kick things off, Von Dutch has rereleased two flared, low-rise pairs that haven’t been sold since 2005. Then, later this fall, Von Dutch plans to release a premium denim collection with prices starting at $500. Eventually, there will also be footwear, outerwear, and accessories at a similarly high price point. Overseeing it all is Creative Director Earl Pickens, an alum of Jean Charles de Castelbajac and Marlboro International Sportswear, among other brands.

To exist in the present, however, Von Dutch will need to confront its deeply problematic namesake. Many may not know this, but Von Dutch was the nickname of Kenny Howard, an infamous car customizer who was racist, anti-Semitic, and a self-described “admirer of the Third Reich.” (In fact, Von Dutch translates to “By German.”) Following his death in 1992, Howard’s daughters sold the nickname to fashion entrepreneurs Michael Cassel and Robert Vaughn, who then established the Von Dutch brand with Christian Audigier of Ed Hardy fame.

This history understandably made Earl, who is Black, hesitant to take on the gig. “My eyes popped out and I said, anything but that company, that’s the last place I want to go,” he recently told WWD. “I have kids, my kids are interracial, and I’m working for a guy who has a name like that. But I don’t see it that way, because I’ve moved so far away from what he is.”

Though it’s currently hard to imagine what Von Dutch’s luxury line might look like, there seems to already be an interested audience, with Gen Z stars like Skai Jackson and Emma Chamberlain already its trucker hats and bowling bags. See the photos of them sporting Von Dutch ahead, and browse the brand’s new denim collection campaign.

Paris Fashion Week has a digital destination this season, just …