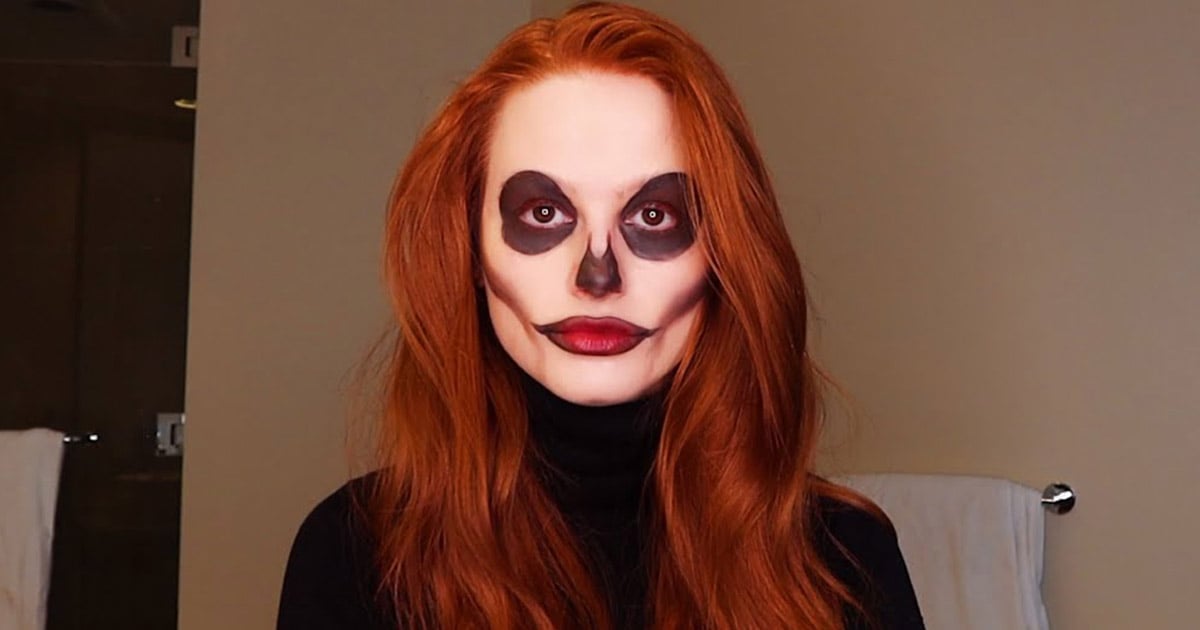 Some Halloween makeup looks are meant to be glam, while other makeup looks are meant to make you jump anytime you look at yourself in the mirror. To test her own spooky beauty skills, Riverdale’s Madelaine Petsch challenged herself by following a Halloween makeup tutorial by Beautification by Marta, and the final look — while not exactly accurate — was still super bone-chilling. The catch? Petsch only followed the audio of the video and had no idea what the finished look was supposed to be.

With just the bare minimum to work with, Petsch had to substitute a few of the products mentioned in the audio, which included swapping Elmer’s glue with brow styling soap to lay her eyebrows flat. Also, we know skeletons can’t have manicures, but Petsch’s bright-red french tips definitely have us in the mood to break out the nail polish ahead of Halloween. At one point, she applied a dark liner to her upper lip and said, “I’m more like Gomez [Addams]’s ugly stepsister who holds no resemblance to him whatsoever, other than they grow the same mustache.”

At the end of the video, Petsch looked at the original video’s thumbnail and realized she was supposed to be re-creating the look of a Day of the Dead (aka Día de los Muertos) sugar skull, or a catrina. “Oh my god! Are you kidding me? She looks so good!” she said. “I’d give myself a 4/10.” Still, we definitely think her skeleton look was pretty bone-chilling. See Petsch’s full skeleton makeup video above, and read up on how to give yourself a Halloween makeover here.

Around this time last year, I got box braids. Like …

Image Source: Getty ImagesIt's a scenario like so many others …